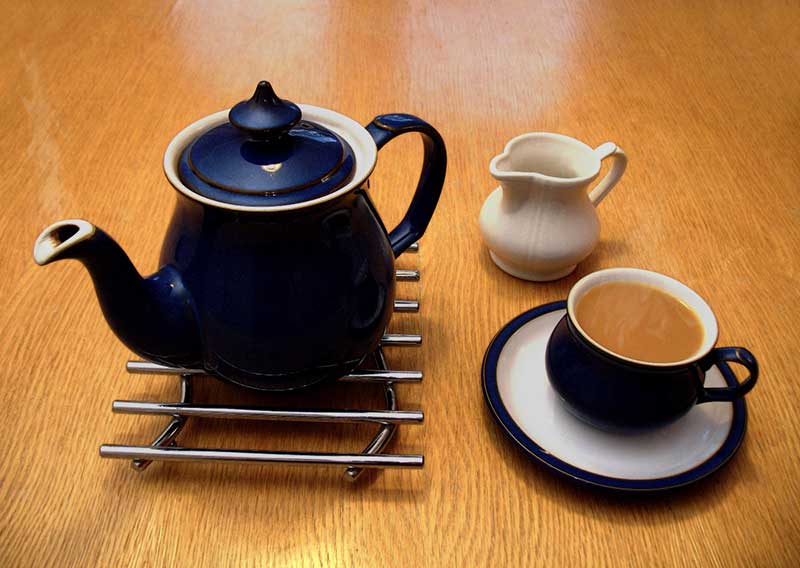 Tea or coffee? It’s a common enough question, but one that makes passions run high in the UK. So which of these drinks are Brits pouring most frequently into their favourite mugs? And which can claim to be the better choice? Let battle commence!

Which is the favourite?

We’re a nation of tea drinkers – right? That was certainly true as recently as 2012, when tea narrowly won the crown as the nation’s favourite hot drink. But according to research carried out for International Coffee Day in September 2017, coffee is now more popular, with 61 percent of Brits now expressing a preference for coffee over tea.

Britain’s favourite type of coffee is the Latte, with the Cappuccino and Americano in second and third places. The research also revealed that the average Brit now drinks four cups of coffee a day!

Tea hasn’t fallen too far behind, however, with an average of two to three cups drunk by Brits each day. Approximately 1,500 types of tea are currently available in Britain, with the most popular varieties including perennial favourite Darjeeling, aromatic Earl Grey, and of course, good old English Breakfast Tea.

Which wakes you up better?

Last year’s survey revealed that the reason most people prefer coffee is because of the caffeine hit. 46 percent of those surveyed relied on coffee to wake them up in the morning, with 39 percent using it as an energy boost throughout the day.

What these coffee lovers may not know, however, is that tea also works as a pick-me-up. It may only have roughly half the caffeine found in coffee, but it also contains an amino acid called theanine – and the combination has been shown to assist with alertness and multitasking better than consuming caffeine alone!

The East India Company first brought tea to Britain in the 17th Century. An instant hit at the royal court of Charles II, it became highly fashionable amongst the English aristocracy – it was prohibitively expensive for everyone else.

It would be approximately another 100 years before tea became more accessible to everyone, with the opening of Thomas Twining’s tea shop in 1717 starting a trend that quickly spread nationwide.

Coffee also arrived here during the 17th Century, brought back from Arabia by British explorers. It caught on quickly due to its effects of making people feel more awake and alert. Coffee houses sprung up nationwide from 1652 onwards, rapidly replacing pubs as the ideal environments for making business deals – world-famous institutions including Lloyds of London, Sotheby’s auction house and even the Stock Exchange all began in English coffee houses. They were frequented by everyone from politicians to artists, as coffee could be bought for just a penny a cup!

Towards the end of the 18th Century, however, the overwhelming fashion for tea sent the coffee house culture into a long decline.

Fast forward 200 years or so, though, and take a look at your local high street. Starbucks. Costa. Caffe Nero. The coffee house is booming once again, and with it the popularity of the nation’s new favourite drink. If you ask for a cup of tea, however, they’ll be happy to oblige – this is Britain, after all!

The debate rages on, and there’s still everything to play for. But whichever is your personal favourite, one thing we all have in common is needing a trusty mug so we can enjoy our preferred hot drink in style!

Promotional Mugs are fantastic gifts and will spread your marketing message. Prince William Pottery has a wide range of promotional mugs all in stock at our factory in Liverpool and can offer an express decorating service.